Software development is catching on like a fever with many individuals in India. Contrary to the popular belief of it being a boring career choice, it is an intense field of learning that evolves as new technologies, frameworks and programming languages come up, change or get upgraded. So, if you are keen on becoming a programmer, you need to have a mind for learning and the will to sharpen your skill set in this technology-oriented competitive world. 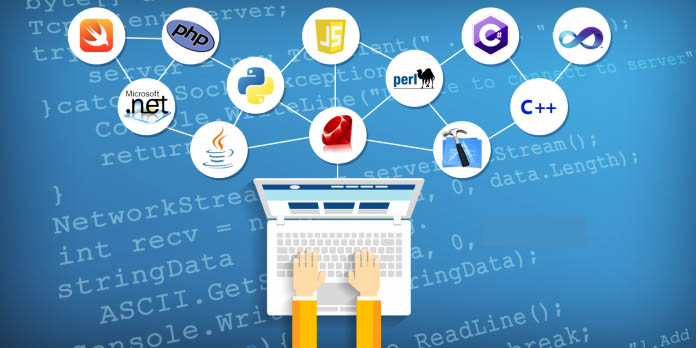 As a programmer, you have the best-selling features if you know what is hot in the market and can showcase your magic movements with it to a client. For that, you need to be updated with the most in-demand coding languages. You can also choose to either work for a company or work by yourself. Regardless whichever you choose, you can expect a higher compensation rate compare to other jobs out there.Here are some you can get really good at to lead the technological front at any leading company:

If you’ve kept your ears open till now, you may already be knowing about this latest web development technology. Angular is a JavaScript open-source framework from Google that was designed mainly for a single-page web application utilising the MVC architectural pattern. One important thing to remember is that it is not a full-stack framework.

It is a front-end framework that only that deals with web pages. Though this framework caught a lot of attention after its release, the real boom happened after it got revamped to the more improved Angular 2. The story did not end there, and today we have Angular 4 that is the latest and works better than all older versions of the framework. This framework has earned its share of fame and proving to be one of the most important frameworks new and advanced web development projects.

As suggested earlier, web development languages and frameworks are evolving and becoming better versions of themselves. This is also somewhere true for Perl which is a family of languages. Currently, Perl 5 and Perl 6 are the most hyped. Perl 5 is like a gift to development world that has more than 29 years of hard work behind its own development.

This programming language is brimming with numerous excellent features that can operate on 100+ platforms mainframes to portables. It is ideal for extensive and rapid prototyping development projects. On the other hand, Perl 6 has no whatsoever connection to this language. It is a separate programming language that even has its own development team. Perl is a popular language that has gauged attention of both network and system administrators.

Ruby on Rails is one of the hottest framework and coding language for the web developers. It powers many popular sites such as Twitter, Hulu, Basecamp and housing, Airbnb, GitHub, etc. It is an object-oriented language that was designed to make programmers feel happy and have fun at work.

One of the best things about this framework is that it helps to work quick as one can move from the planning stages to actual development in like no time. In comparison to other complicated technologies, it is easier to handle. Other features that make it desirable to any passionate developer are: easy to learn and has no variable declarations.

Java is a general-purpose computer programming language that is in demand in the IT Industry today and will also stay tomorrow. It is an object-oriented that is useful for programming various types of portable electronics and has become a hit with many Fortune 500 companies for backend development.

It is utilized by millions and makes billions of devices function to their best. It is a concurrent and class-based language that has been at the core of many large-scale business applications. To imagine its use, one must also know that all Android apps are constructed in Java assignment help.

Still ruling the core of big businesses, C++ is a dominant object-oriented language that also encompasses generic programming features. It is an updated version of the well-known C language that includes complicated concepts like Polymorphism, Dynamic Binding, Data Hiding and Operator Encapsulation.

In addition to this, it provides facilities for low-memory manipulations. The language has several applications and can be used for client-server apps, drivers, embedded firmware, game development, and system software.

Python has grown so much in popularity that it has received 5000+ job postings more in comparison to the previous year. It is a high-level programming language that is currently very popular with machine learning developers. Besides machine learning, it can be used for data mining and scientific computing.

This is not just a framework; it can be counted as a completely independent entity or the environment. If a developer is looking forward to creating significant and fast network applications, Node.JS is perfect to handle a big number of simultaneous connections. This gives a high performance that ultimately gives high scalability. A developers’ favourite, it is used to create non-blocking and event-driven I/O so that they remain lightweight and efficient against real-time applications.

If you’re looking forward to making it big in the world of development, you need to be an active learner and need to put your learnings into immediate action to ensure the rocket-speed growth of skills and career. To start off with any language, you make sure you get your basics right with web development course in Delhi from a reputed institute.