Every gamer knows that achieving success in a certain game requires not only spending long hours in front of your screen, but also exceptional wit, great reaction, and ability to foresee the outcome of certain in-game events. Yes, it is difficult to become successful in the game, but to become successful in a new game is even a more difficult task.

Recently, the Czech company has released a breath-taking open-world RPG, Kingdom Come: Deliverance. The game immerses you into the atmosphere of medieval intrigues, internecine wars, and chivalry, captivate with conspicuous castles, picturesque landscapes, and non-trivial storyline.

Millions of players have already appreciated the experience of traveling medieval Europe, fighting enemies, and accomplishing the noble chivalric mission. Still, unfortunately for those who haven’t got much time to devote wholeheartedly to a fabulous game, Kingdom Come: Deliverance would be a tough nut to crack.

If you are one of the players that strive to explore the magnificent world of the game but find themselves incapable of spending much time in the game, you can always take advantage trainers, magic programs that make the impossible possible. 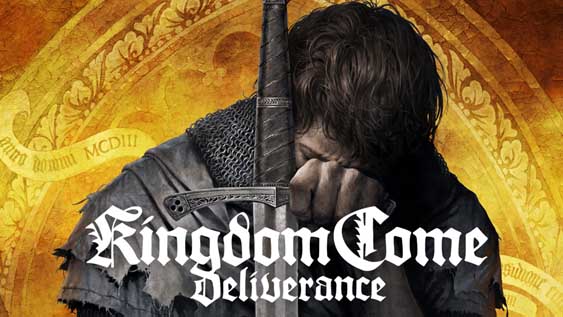 If you haven’t heard about trainers yet, let us explain their work in a few words.

PC Game trainers are third-party programs (also known cheat programs) that change the memory addresses of a certain game. In other words, trainers prevent a game from changing specific information stored in memory addresses. In such a way, a cheat program allows a user to play the game the way he or she finds most enjoyable and, in the majority of cases, much easier, as compared to fair playing.

We in no way encourage you to simplify your gameplay since hardcore-ness is something that really attracts lots of gamers since it adds particular value and flavor to a game. Still, if you want to explore various game options and take advantage of some super abilities, which you know would be impossible without using third-party programs, then you are free to try using trainers. Just admit it, it feels so cool to be almighty in such a game as Kingdom Come: Deliverance.

Tricks You Will Be Able to Perform with a Kingdom Come: Deliverance Trainer

With the help of a Kingdom Come: Deliverance trainer, you will get lots of cool bonuses and will be able to pull unbelievable stunts in the game.

As you know, health is something you always need in the game. So, if you are using a trainer, suffice it to hit Numpad 1 and will get plenty of health.

In need of extra stamina? Not a problem. Numpad 2 – and you got infinite stamina at your disposal.

Who needs sleeping if there are some many interesting things to do and to explore in Kingdom Come. Press Numpad 3 and you won’t need to replenish your energy by sleeping.

Food, food, food… We ain’t got time for eating either. Numpad 4 will help you stay full all the time.

If you want to have unlimited items in the game, press Numpad 5.

Super speed won’t hurt, as well. If you want to move as fast as the wind, press Numpad* and enjoy your speed.

Items that have quantity also have their weight. Over time you may feel overburdened with your stuff. Lighten up! With the help of Numpad+ you will be able to carry unlimited weights with you.

There are plenty of other bonuses you will be able to enjoy if you download a Kingdom Come: Deliverance trainer. Go ahead and explore the world of the amazing game!