Why Redmi phones Explode? We have noticed that many Xiaomi Redmi Phones are exploding at many places in India like Bengaluru (Karnataka) and Ravulapalem (Andhra Pradesh). But the Xiaomi Company has responded to the video circulated that the Redmi Note 4 has exploded at Bengaluru is a fake news. Apart from that, some of the Xiaomi users has actually affected with the phone blast due to external pressure on the phone and usage of a third-party charger. To avoid this situation, the experts are recommending some suggestions and Best Reason why Redmi Note 4 (or any smartphones) exploding. Top 4 Reasons for Xiaomi Phones Blast in India Let’s get started. 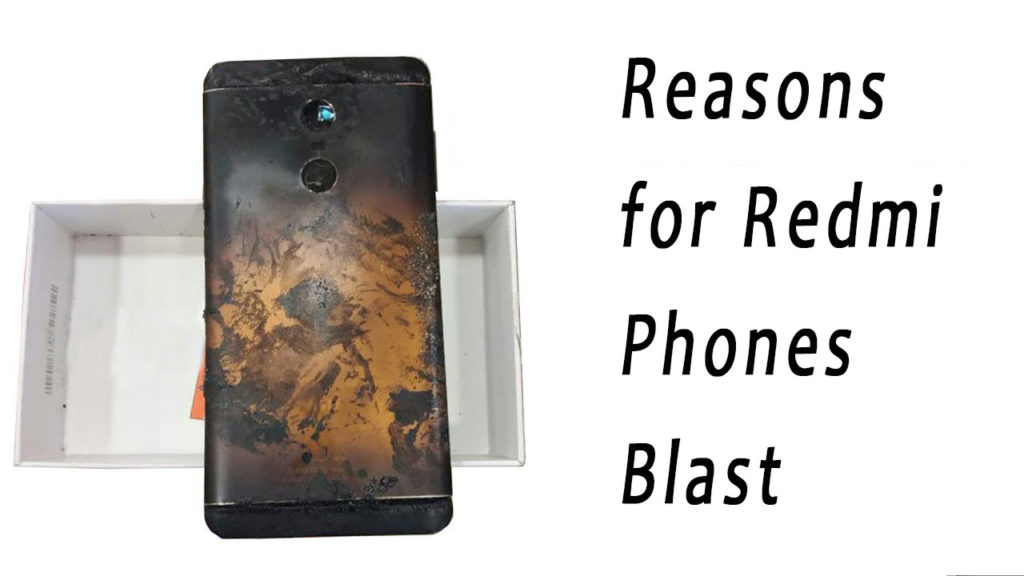 Nowadays the phones are coming with an ultra-slim body in which the components inside are embedded very close to the battery. When the external pressure is heavy, the load on internal components increases and there is a chance of exploding or mobile will be damaged. Keep the phone at a distance from heat or industrial places or far away from chemicals or corrosive wet area.

Also Check: How to Install Android 8.0 Oreo on Redmi Note 3

Not only Redmi phones, every smartphone will get heated during usage for a long time. The best processors and components used in a smartphone, the more heat will be evolved in order to balance the processing task. So do not use phones while connected to chargers and also when used for a long time around 2-3 hours.

There are many reasons for why smartphones get heated and explode which mostly depends on users. The reasons are playing games and watching videos for a long time, making calls or video calls which are high-frequency signals when connected to charging, charging the mobile with USB cable to laptops or desktops.