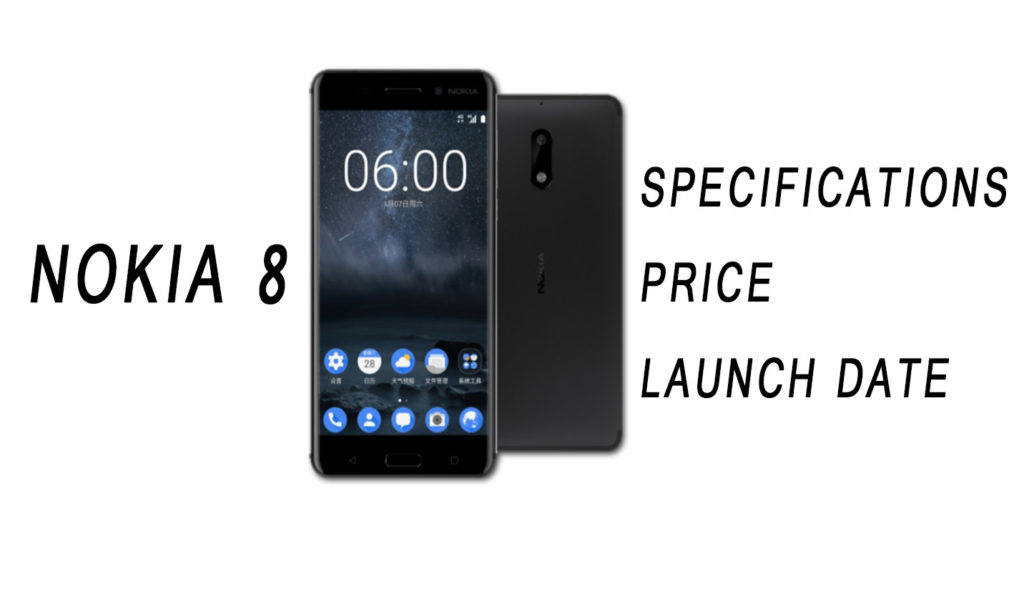 Now the latest and trending topic of all the Nokia mobiles is Nokia 8. This is the phone which is up coming launched phone by Nokia company with high expectations and it is loaded with the top most required features in it. Nokia is booming its sales by launching the android mobiles in its series. So the high quality and best phone for this generation with all the accessories and expectations here comes the Ultra model Nokia 8. But all the news released on this phone Nokia 8 are released for taking the feedback from the Nokia users and according to the rules by the Nokia company.

Coming to its general features, it possess the weight of 130.00gms with battery capacity 3,999 mAh of non-removable battery.Its display is expected to 5.70 inches with a high-quality touch sensor and resolution is 1400 x 2560 pixels. Hardware is expected like Qualcomm Snapdragon 835 Processor with internal storage 64GB and 128GB and 6GB RAM and internal is expandable to up to 256GB using the external SD card.

But coming to the processor as news released that this 835 Qualcomm processor is very low on production and rarely available in the market. It has assigned that only Samsung S8 will have this processor, so for more production to give to Nokia 8 we have to wait until August or September for the launch date of Nokia 8. Its camera features are Rear camera 24-megapixel with Dual Led Flash and Front camera with 12-megapixel. And it is also having the dual front facing stereo speakers with high quality sounding experience.

Coming to Operating System software, Android 7.0 Nougat is used and connectivities are Wi-fi, GPS, Bluetooth, USB OTG, Headphones 3.5mm and number of sim are single. The sim type is 4G/LTE Micro sim and the sensors used are a Proximity sensor, Ambient light sensor, Accelerometer, Gyroscope. Compare to the models released before, the rate of quality and advanced features are highly increased in this Nokia 8.

Now Nokia brand has got the HMD global rights and it has launched the Nokia 6 mobile in China before launching in India. As coming to Nokia 6 model, there is an information that Nokia 6 is not going to launch in India but the company has given assurance that it is going to launch the upcoming Android phones in India as it is having the highest market only in India.

As coming to the phone, there is an leaked video on first look of Nokia 8 as it is having full metal body which has stylish look and curved as a rectangular cut and having the power button and volume buttons on the right side and has a global shape camera with dual LED Flash and also having the HRM symbol as High-Resolution Monochrome Sensor for dynamic and live performance. But the price and expected date for launching still not yet released so we have to wait for 2-3 months for more updates about Nokia 8.