Live TV Apps For Android: There are so many people are searching for Live TV Apps for Android & iOS devices. If you are one of them then you are at the right place to live tv apps download for android.

We have collected the Best Live TV apps free for Android. They are listed down below. check them and download live TV app for free from given links. 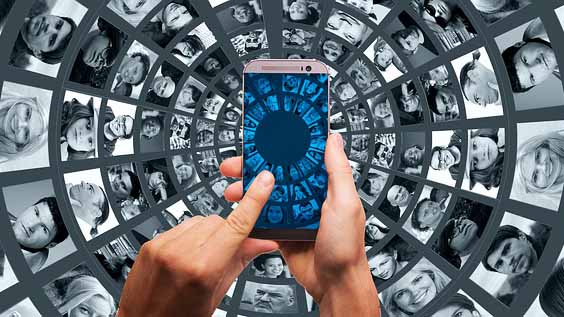 Airtel launched new live TV app for android and iOS users. If you recharge with the unlimited package on your mobile you will get free Live TV streaming on the Airtel Xstream app. Otherwise, you have to pay for subscription Rs. 999 / year. You can watch TV shows and the latest movies in all languages.

Ozee is the best mobile live TV app to watch all the channels linked with zee. It is having each and every TV shows which come in zee channels and provides live cricket matches. It also has recorded TV show according to the dates and months.mainly it has TV shows, movies, music and more.

Ditto tv live app for watching online tv shows, serials, cartoons, etc. It has channels in 7 languages,12 holy live darshan feeds, etc. It gives a free subscription for 1week for one mobile number. It can be subscribed to paying 20-60rs per month.

Yupp tv live app is used to watch 200+live tv channels available in 10 languages. In this, we can shift the time of the live show and watch it later. It also has pre-recorded tv serials and tv shows.it also have movies and we can catch-up 7 days shows.

Jio TV live app is used to watch live tv and has leading channels, the top channel shows across 7 languages. It has a very good video player to forward or backward pause and every key. we will have this app in Jio my apps in all Jio sim users for free.

ColorsTV app is used to watch especially Hindi live tv shows and serials. colors launched on 21st July 2008. We can get the latest news, pictures, and gossips of celebrities. In this, we can also win points in the rising star game. It offers an entire spectrum of emotions to viewers.

SunNXT live tv app is sponsored by Sun tv network limited and it is useful to watch all tv serials, shows, movies, comedy and etc in all sun tv network channels. In this, we can also have registered on it and we can give the ratings for movies.

Voot tv app is in the best of 2016 apps and used to watch online tv shows, cartoons for kids, movies, news about Bollywood, gossips, and ratings of Hindi serial and tv shows. It is mainly supported by Android phones and can be gained points using news and ratings.

The app will remember the exact point where you had stopped watching and allow you to “resume watching” from that point along with the option to “start from the beginning”.

I hope this list of “Live TV Apps for Android & iOS” will helpful for you. Most of the apps are providing free live TV and choose the best one from this list. I’m using Airtel Xstream as of now which one is your favorite live TV app let us know via comment section.