Best Android Games Under 100MB: At present generation, Gaming has evolved in such a way that no other apps are used as much as games in spite of any age differences. Android Games are increasing their standards every year and giving the Best Android Games for the users.

To avoid that, We have found the Top 10 Android Games under 100MB which has less memory to download and also free android mobile games from Google Play Store. These new Android Games are less than 100mb and are the best mobile games which are highly recommended by the users.

So let’s have a glance look at Latest low MB Android Games which are free Android HD Games and Top 10 Best Android Games under 100MB. 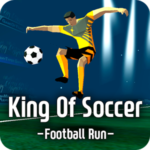 This is a running game where the user has to control the player and take the soccer ball to the goal by tackling. But the field is very long and it looks like an endless running game and you need to save your ball from the opponents.

This is one of the best Android games under 100MB and This game has some energy points which you need to collect to gain energy and to increase the points, so this is a single player game. 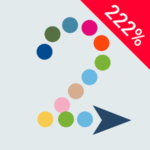 This Charles 2 is a single-handed game where the player has to control an arrow and escape from the small balls in an arcade. This game requires concentration and becomes difficult when the stages going on increases.

In this, the user has to cross the levels and gain the points by with standing in level and can upgrade the game. This is a very light game and gives more time pass and your phone doesn’t have more RAM usage. 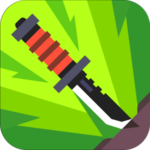 In this Flippy Knife, the developer has designed in such a way that it includes the physics where the user needs to use the brain and pass the levels in the game. The knife has to flip that it has to stick to the table and move on with the concentration. 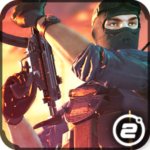 This is a small shooting game which is less in memory but has the best graphics in it when compared to modern combat 5. It is similar to the counter strike game where you need to upgrade the weapons and pass the levels.

In the beginning, this will look somewhat difficult but when the levels pass on it becomes best shooting android games under 100MB in 2019. In this Zombie Snipper 3D game, the best part is that the gyroscope of the weapon will give the live experience such that you can zoom into the maximum extent. All you need to do is shoot the zombies using the snipper before they reach you. This is the best snipping game which has the best aiming and can upgrade the weapon. 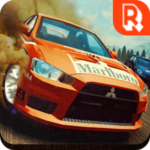 This is the best car racing game which gives the experience as Asphalt 8 within low MB in every smartphone. There are three modes in this game like asphalt, rally and off-road which has best graphics. You can unlock the latest cars and cross many tracks in racing. 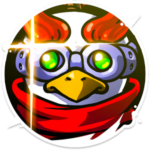 This Road Warriors game is similar to the video games which has the best 2D graphics for the racing car. In this, you need to cross the levels and collect the coins and also gain points whenever you sign in to this game. This game produces the dates as you sign in to the game on the same day with similar tracks. 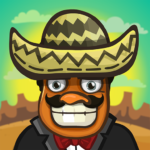 This is very funny game that a Mexican holds two balloons in his hand and the user has to provide the way for him to pass away. This game includes physics and logical thinking which the user has to think more and pass the levels easily. 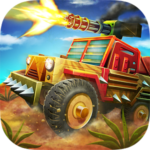 This is a different game in which you will have a safari in a forest to kill the zombies and have the options to upgrade the weapons and the vehicle. This will become a very interesting game where you can find the missions in the zombie area and in the vehicle garage.

This is one of the best Android games under 100MB for racing lovers. Try this game and enjoy!

This is also the Best android game under 100MB if you want to try in 2019. Death Pipe is an endless running game which has a pipe on which many obstacles comes to stop the running. On the pipe, you need to travel in a circular motion and escape from the obstacles. This is a difficult game which requires more concentration and becomes fast when the level passes.