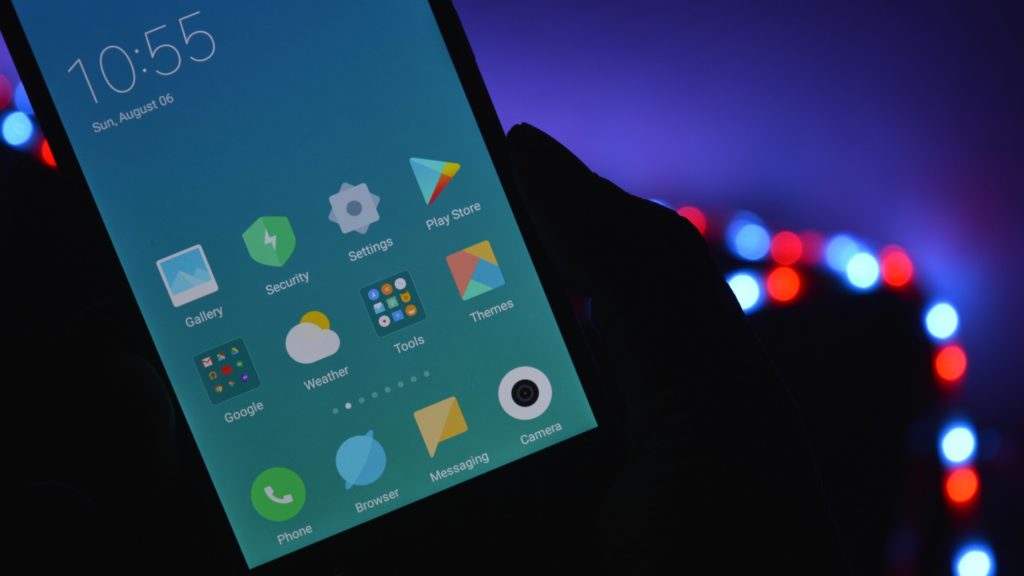 Xiaomi latest update is that it is getting new with its Xiaomi Latest Model which was delaying on launching for few months, that is Xiaomi MIUI 9. MIUI 9 is built on Android 7.1.1 Nougat and adds a feature of Rich ROM used by 2.8 billion users. So, users are eagerly awaiting. In this, we can find the Latest Features which are Upgraded from Mi 6 and Redmi Note 4. We can also have the news update on How to Install MIUI 9 in the Mi 6 and Redmi Note 4 phones and use it for the better accessories of applications and to make your phone more specific in Xiaomi and more smarter. So here there are some of the Main Features which are developed in MIUI 9.

This is the latest upgraded thing in every Android 7.1.1 Nougat mobiles which are very usual to access the internal files or applications easily. We all expect this kind of features which are not casually given in all the mobiles. You can access the search bar for searching images, text messages, emails, web pages, notes etc which you have on the phone directly. You can access this option by sliding the Home Screen from left to right and you will find a search bar which is similar to the Google Now Page. This is the cool and trending technique which is also used by Apple, Google and Samsung mobiles but you can access the entire thing including the internet on a Single Search Bar.

The Smart App Launcher is a very cool thing which is mainly aiming to attract the users by making the different number of applications can be accessed at a time by showing you on the screen which you are presently using. The Best Launcher ever that is allowing the access of more than two to three applications at a time without going back to the Home Screen or Home Page. As compared to Google’s Now on Tap aka the screen search but as it is said to be China Exclusive feature, it is not yet used in the Mi 6 or Redmi Note 4. But it may be the part of iPhone 7 plus or Samsung S8 or One Plus 5 due to the Latest Version Update.

MIUI 9 is highly Focused on ROM’s OPtimisation which is the main thing every user required among all the features. We can say that this is the Special feature for Android 7.0 Nougat users where they feel common version but MIUI 9 gives the Smart App Launcher which will provide the quick app launch than others and has the Optimizing Settings like Launch Acceleration, Dynamic Resource Allocation, Critical Background Acceleration, Core Congestion Control, Auto Cleaning, Wireless Acceleration etc.

Image Search is similar to the Smart App Launcher, where Launcher will find all the files in the phone but Image Search is only the thing which will give access to the Image Gallery or Photo Gallery. In this, you can search for Photos, Events, Expressions, People, Screenshots, recently used photos, Documents and also you will get the similar images and photos which are near to your search file.

By seeing normally, Lock Screen Enhancement looks similar to that present in the previous versions of the ROM, but it is a little bit different from the older one. It is having the settings like if we swipe from left to right on the lock screen, it will show the options like Mi Home, Mi Remote and also a Torch Light which is easy to use even if the phone is locked.

This is one of the best transformation done by the MIUI 9 because it is the feature which maximum members are willing to have on their phones. It is the change on the Home Screen, the way we move the multiple apps and set them in the order which we desire. Basically, to make the movement of apps from one page to another page MIUI 9 introduced the best feature which included the use of Widgets which will get their own page with vertical scrolling, just like on Stock Android ROM. By using this feature the settings panel looks much more refined and easy to navigate. You also get the option to lock a screen in the settings panel.

Security is only the thing which is the best in MIUI which all the users required and choose the phone which makes the apps even more better. Now we can find some more options like Boost speed, Dual apps, Second space and App lock which are different from others. The best option in this is to make all the files safe like third party security apps like CM Security etc. This will show the options like Cleaner, Data Usage, Blocklist, Battery, Security Scan, Manage apps etc. This is the best in allowing the RAM wherever the applications required and looks after other settings like apps storage, clean the unwanted data of apps, uninstall unwanted apps.

Split Screen option is the best option given in the MIUI after a long time which has present in the Samsung mobiles and other. To start split-screen, tap on the recent button and you will see the ‘Split Screen Mode’ on the top of your screen. Tap on it and then drag the app which ever you want to use in the split screen mode. Once you select an app, the option to select the other app will come in the bottom half of the screen.

10. New Animations across the whole UI

Coming to the Animations, there are some new and awesome animations which are only available in MIUI and it also makes the ROM feel better and super faster. Generally, comparing to other animations which will make the RAM slow down but here it does not make RAM slow and even it has the special quality of presenting the app icons get their own opening and closing animations.

MIUI 9 introduces the latest and trending 3 themes which are like Colour Fantasy, Cool Black, and No Boundary. All the themes are very beautiful and awesome. These will give a special look for all the apps and give a dark background with slightly subdued app icons. There are some more themes which are going to launch by Xiaomi which will give enlarging theme store.

MIUI Lab is not yet ready for use in the MIUI 9 phone but it is said that in the future it will be available in the MIUI 9 for the users to Hold the Experimental Features in MIUI which users can access and test it if they are interested. So this is the special feature which MIUI is going to insert in the MIUI 9 in the future.