Video editing is one of the heaviest tasks in Android and Computer. It requires high specifications, RAM, Storage, and Best Software or Application.In computers, we can use Final Cut Pro and Adobe Premiere Pro but when you come to smartphones there are no such applications close to that on mobile. However, there are some pretty apps you can edit basic stuff on your smartphone, here are the best 5 video editing apps for Android, Let’s get start it. 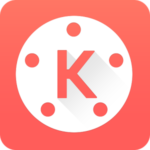 KineMaster is the most popular and best android video editor and well-known app for video editing, which is available in Google play store. This app includes multiple video, image, text and effect layers.Additionally, there are audio filters and green screen effect (that you can remove the background of the video and insert any graphics that you would like), transitions, slid effects, lower thirds and more. Most of the Android users using this editor app. You can use it for free as a trial version and you can also upgrade to Full version for $4.99 per month. 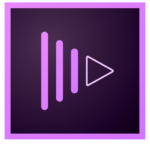 Adobe Premiere Clip is offered by Adobe company. It is available in Google play store for completely free with no in-app purchases. This app including the ability to auto-generate the video by using your images and videos If you don’t like it, you can manually edit your videos using different tools, effects, and audio. You can export to Premiere Pro by syncing, while you work on one project. However, you will need an Adobe Creative Cloud account to work on all syncing. 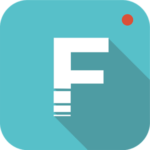 FilmoraGo is a video editing app by wonder share. It’s easy and best video editor app available in Google Play store for free and also available for Windows and Mac OS. A pretty powerful video editor app, which will not stamp a watermark on your videos. You can create a reverse video that looks like magic, slow motion and fast motion effects, transitions, filters, animated text and more. 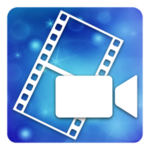 PowerDirector is one of the most extensive Android video editor on this list and available in Google play store for free. It comes with a ton of features, video effects, slow motion and fast motion effects, transitions and more. FX editing with drag and drop on the timeline for video, images, and audio. You can edit Brightness, contrast & saturation of your videos in this app. It even comes with collage maker and slow motion but you will purchase some extra features in the app itself. 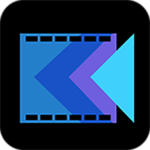 Action Director is the most popular and easy video editor app. You can make a video with this app and begin editing right away. This editor app has cool effects like slow motion and fast motion and mixes your own music in the background. Action Director will allow you to edit colors, brightness, contrast, saturation adjustments. These effects will give professional look to your videos and be producing Full HD quality videos. It is available in Google Play store for free. It’s one of the best video editing app for Android that supports 4K video so what are you waiting for check it out either it’s supported or not on your device.