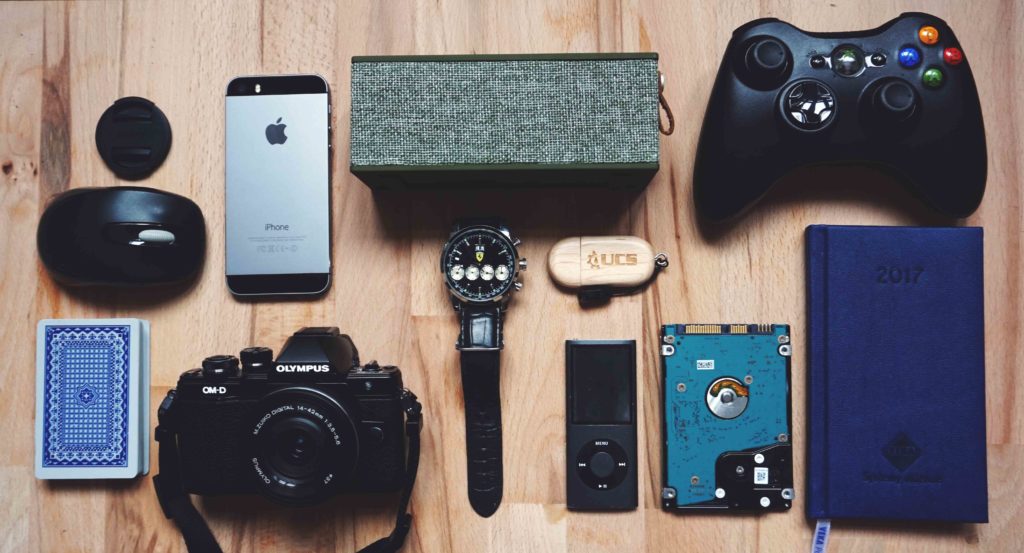 The Micro OTG Adapter will let you connect any USB Cable devices like Keyboard, Mouse, Pendrive, and DSLR for transferring data and better usage of the smartphone. It is a very small gadget that gives the best use of smart transfer of data from anywhere. This is the best buy of smartphone gadget in Amazon under 500 in India.

This Gadget is very small in size but gives huge outmost results with its functionality in the smartphone. There are many things that make very easy usage of the smartphone when this 3.5mm jack is connected to the mobile and allow the shortcuts like one click for video recording, two clicks for the torch, three clicks for any application and long press which you can customize any of your apps. This also works even when the phone is in unlock position.

Mobile Charging Hack will act as a mobile hanging gadget which helps to keep the phone for charging without any support of table or furniture. This gadget is very much useful when we are traveling and going to other places where the phone can be hold between the socket and the charger. The quality of the stand also pretty good and is the best buy gadget under 500.

Basically, the number of phones are damaged when it falls down from our hands while operating. This can be avoided by using this Ring Holder Gadget which is the very best gadget for people who cares about their phone and it also helps to keep the phone in the horizontal position while watching movies or videos. This is somewhat similar to the pop socket.

This Gadget is very much useful for youth and among friends while watching videos or movies together. You can connect two earphones at a time to the laptop or smartphone. Jack size will be 3.5mm which is suitable for all the smartphones and it has the same size two different slots for connecting the earphones.

This Wall Charger has three USB ports for connecting three devices at a time and charge them. If your phone has fast charging for its default charger then this doesn’t support but when traveling to long distances and staying in the hotel then you can charge three devices for a whole night. It may have less guarantee but it is best in its price and compatibility while using.

Apart from the USB Cable, this looks very awesome in different colors and can be used as a keychain. This is useful for connecting the Phone to Personal Computer for transferring the data and this cable also supports the fast charging as your default charger. Its main functionality is like a keychain and it also has a lock which can hold the things.

Now there is an easy possibility of changing the modes of the camera by connecting the external lens which is available on Amazon. It comes with three modes like Fisheye lens, Wide angle lens and Macro lens which are useful for increasing the camera angles like a Wide angle and Zooming the smaller particles.

These NFC Tags will make your daily things easier and can be customized by giving different commands to different tags. At first, you need to download the NFC Tools app from the Google Play Store and set the commands for all the NFC tags. At the top right of some smartphones, the NFC sensor will be present and when you tap the phone on the NFC tag then the customized feature which you have given.

There are some other VR Headsets apart from Google’s Day Dream and Samsung Gear VR which are less expensive and best buy gadget under 500 bucks on Amazon. This VR is somewhat less quality but it gives the same experience which you can feel with the original. Using this Headset you can play the 360 videos on YouTube, try the Discovery VR app with HD videos and play the VR games.

There is even a Micro SD Card Adapter which is a best Smartphone Gadget under 500 bucks in Amazon. You can connect the SD card to your phone whenever you want to watch movies or transfer the videos and songs from the phone to SD Card and vice versa. Some phones have the SD Card slot inside the phone which is little difficult to operate but you can use this adapter for easy transfer.

In India, this is the best Smartphone Gadget which has got highest selling and usage of this has increased similar to the Fidget spinner. This USB Fan is very much useful when traveling to other places and sitting in the office when the power is off. Some USB fans have both USB and smartphone pins for connecting to the power supply or the battery.

This USB LED Light is one of the best smartphone gadget which is used in most of the power cut situations for those who doesn’t have the flashlight on their phones. This can be operated even with the power bank by using Micro OTG Cable or adapter. The main use of this light is for accessing or typing the keyboard for office work even in the power cut situations. It gives the brightness equal to the LED Flash in the smartphone.