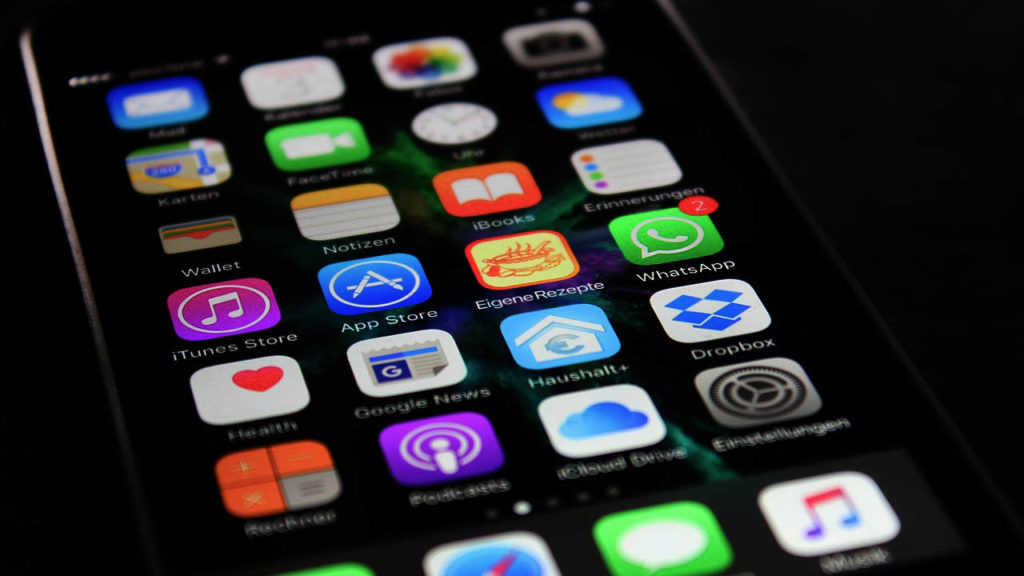 Let us know about Top 10 Best Apps in iOS 2017 which are having the out most performance and giving the best service for the Apple IOS users. These are the Best Apps for Apple IOS phones all time for better usage of phone and very much satisfied by all the users which they don’t want to uninstall. So let’s have a glance look at these 10 Best apps for apple ios users and find out how are they used apart from ordinary apps in IOS.

CapTune is the best app for the music lovers who always wanted to have a music player for listening best music all time. Here this app gonna satisfy all the needs of IOS user which is an official app with equalizer technique. This is the perfect music player where you can select the customize headphones and change settings according to your wish. There is also an option like a sound check for the equalizer which you have modeled using the settings.

Generally, there are some people who love the gallery paintings which have the pictures like Satellite Images, Space Images and Galaxy Images which gives a pleasant look. The same feeling you can get by using the Wallpaper App for Apple IOS users, which is having the High-Resolution Wallpapers for Home Screen and Lock Screen that very many suits for your IOS Device.

Enlight App is a paid app which you get it in App Store for 300 bucks, which is a photo editing app having the best editing tools and making the images better than other apps. It is having the features like Superimpose images, Double Exposures, Creating the Graphic Art and Designs and also turning photos into Artistic Creations which gives the image best look. This is highly recommended for the Apple IOS Device users, which is the best app all time.

Looking for any secret app for storing the images, media and other files then PIN Genie Vault is the Best App for Apple IOS users which is free in Apple Store. This app mainly used to protect, encrypt, share and safeguard the gallery media, Private files, and passwords. This is having the special option like whenever anyone tries to unlock this vault and failed then it captures the photo of the user who tried to unlock it.

The best app for workout and gym trainers who wanted to change their body in any manner is Freeletics Bodyweight app which is found in Apple Store for free to any IOS Device. This gives the daily schedule once you have entered your details that how you wanted to transform your body within given time period. No other equipment is required for this, only your body and the way you workout makes all variations and gives best and fast progressions.

Vidgets is the best app for easy accessing of your Apple IOS Device which is better than the normal pre-installed widgets in IOS. This is designed for utilities which support in iPhone, iPad and Apple Watch for having quick contacts like Email, Message, Call or Facetime and also for notification center. This app is for creating the shortcuts like Barometer, Network, GPS, System Status, Weather and Quick Actions in the Notification Centre.

Filmmaker Pro App is the Top most app in Video Editing for all time applications which is having all the tools required in the desktop editing that can found in Apple Store for free for IOS Device users. It is having the outmost features like 4K video support on all iPhones, Audio Tracks, Video techniques, Text Overlays and Illustrations & Stickers. It is best in Trim, Split, duplicate, photo motion, Chroma keys, volume control and Audiometer assisted voice-overs.

This is the best app for the people who are shopping online and ordering the products and wanted to track the deliveries on iPhone Devices. This application has information for 300 delivery services, including UPS, USPS, FedEx, DHL, TNT, LaserShip, Aramex, SingPost, and vPost. You can keep the details synced always and know all the delivery details from anywhere and the locations where the products are delivered.

iCareFone Pro is the Global Adblocker which helps to block the ads for Chrome, Firefox, Opera and other browsers for IOS Devices. This app is found in Apple App Store for 9.99 dollars and used for utilities like Strong ads block filters, easy to use, personalized ad-block solution, better internet solutions, and privacy protected. This is available in languages like English, Japanese, German and French and can be downloaded for version 2.2.0.